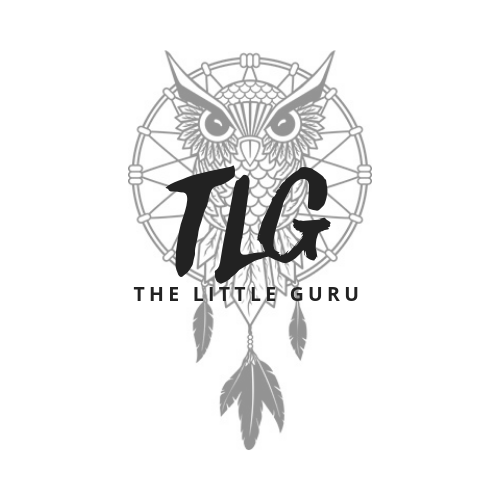 All Aboard Series- Rome-ing Around

I know what you thinking- “She’s been back for months from her trip and she is still posting about it!?”
Yes, yes I am because life happens you know- so pipe down and enjoy the last post of the series Mmmmkay! It’s the last one of the series I promise. 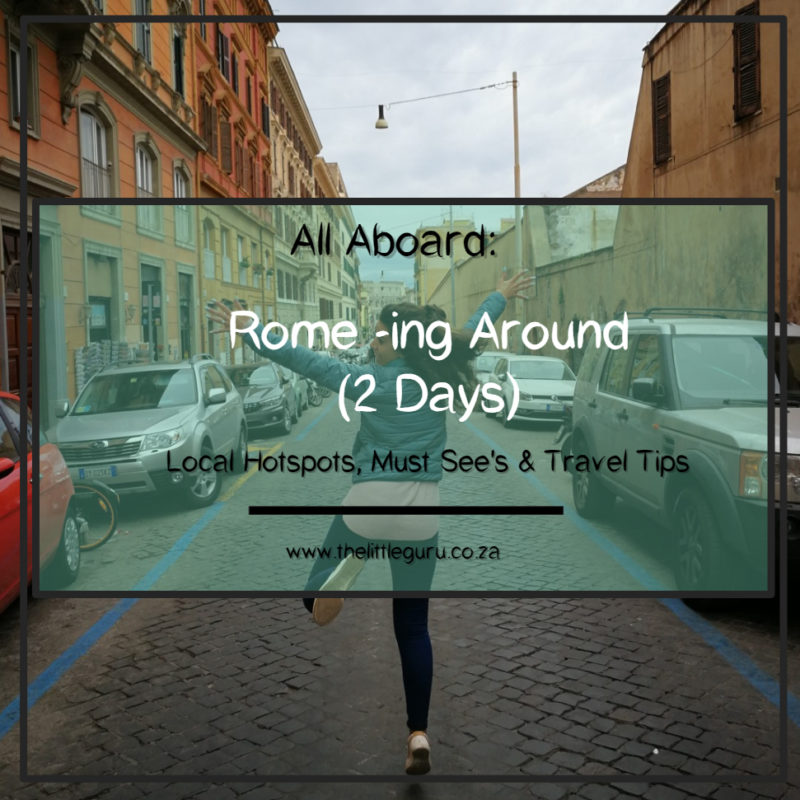 Rome. To be honest it’s really not what I had expected. I expected more.
Don’t get me wrong, Rome has pretty spectacular architecture and the food- absolute heaven, but there was just something that was off..

So coming back from seeing Venice, which they say is very similar, I found Venice so much more appealing then Rome. Hubby felt the same and I couldnt figure out why we both felt that way but as I type this I think I know the reason why. I think it was  the fact that we felt so free to walk in a completely different place and feel so completely safe in Venice that is.

In Venice, we walked until late at night, got lost and felt completely safe, yet in Rome, we felt that we needed to hold onto our belongings just a little tighter then normal. Say’s a South African, yet it’s a different sense of fear..  Was it the fact that on our train journey, from Venice to Rome, there was a recorded voice over that advised us to look after our belongings as there is highly intellegent pick- pocketers on the prowel all the time? 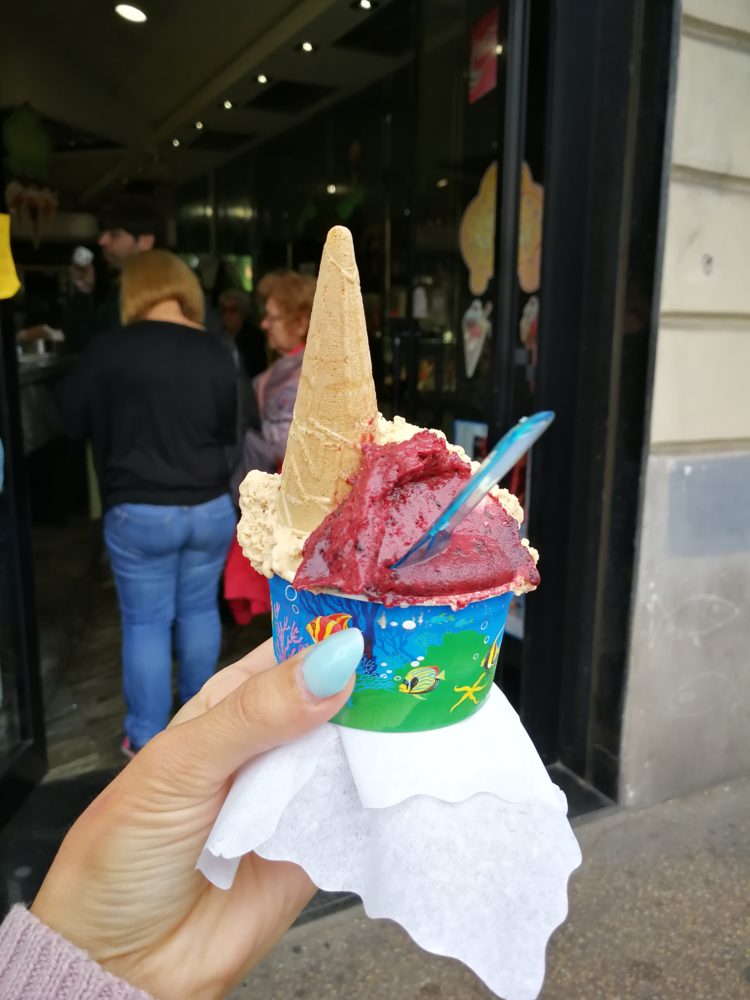 WHAT TO EXPECT IN ROME

Language: Modern-day Romans speak Italian, of course, which is widely recognized as a language of love and romance.

Currency: Italy uses the euro, so bring your euro notes.

Credit Cards and Banks: Cards are used all over Rome, especially Visa, but it’s more common to use cash for small items. Some museums and market sellers only accept notes. As a general rule of thumb, bring a few euros in cash with you wherever you go.

Climate: Resting just off the Mediterranean Sea, Rome enjoys warm and temperate weather with averages of 15-30 degree Celcius. Expect much more rainfall during the winter and hot and sunny days in the summer. We travelled in April-May and the weather was gorgeous but take a warm jacket and something to protect you from the rain. The evenings get chilly and the rain catched you by suprise! 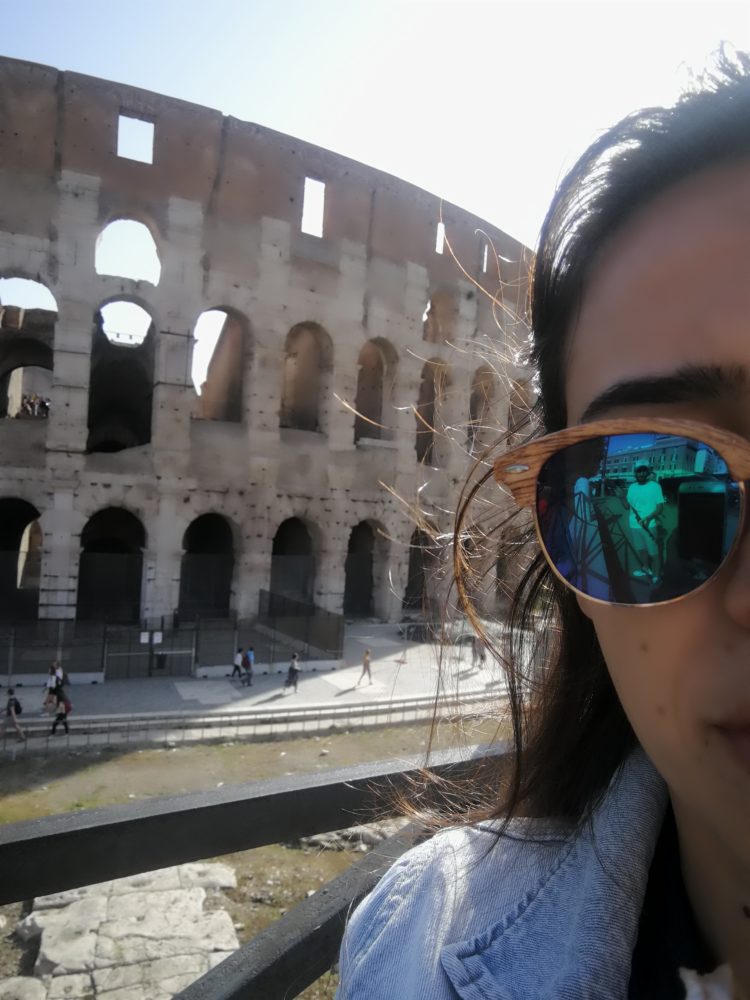 A sight for sore eyes!

Driving in Rome isn’t advisable—the traffic is chaotic in the best of terms and drivers are insane. Opt for wandering around by foot—the most romantic way to discover the hidden corners of the city—or use the impressive public system of buses, trams, trolleys, metro, and light railways. The systems are easy to understand so dont stress or get anxious about it!

If you are up for it, try out the O Bike dockless bicycle and discover Rome by bike! You will see them everywhere around the streets of Rome. When we spotted them, we didnt really understand it so we didnt actually use it, but I wish we did because you kind of create your own little bicycle tour instead! Note: there is a cost involved depending on how far you ride, but I think it would be totally worth it! 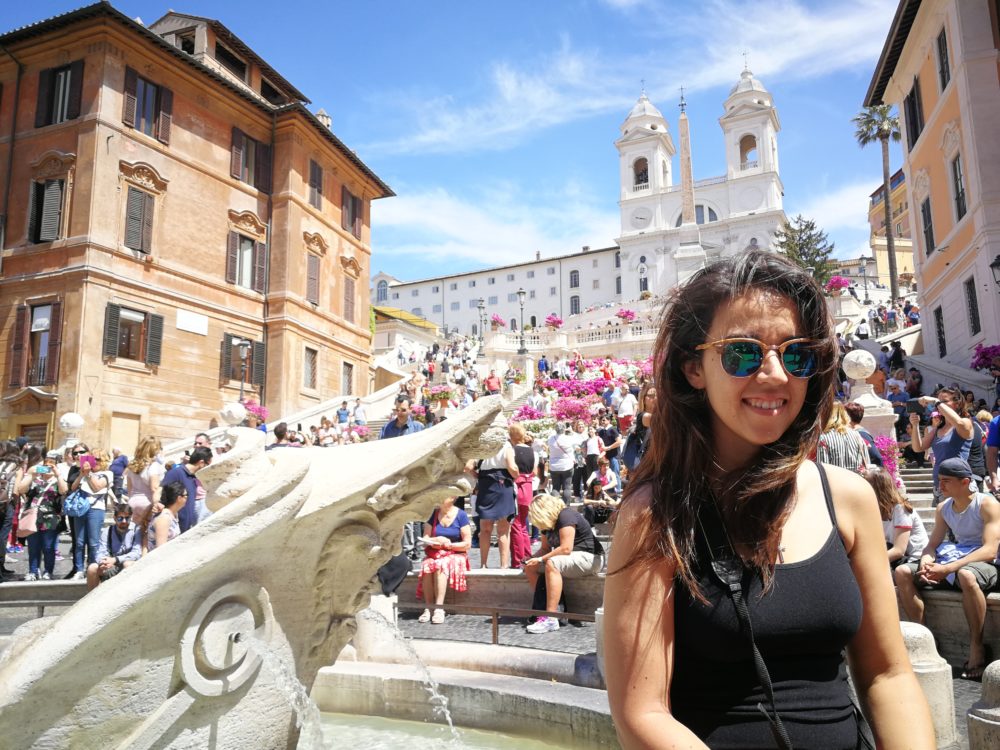 There is only one thing that you should be eating when visiting Rome and that’s pizza. The pizzas are out of this world and nothing quite beats those authentic italian pizzas!

We only ate pizza while in Rome, except for breakfast of course. Mind you, the one day we had it from breakfast, lunch and dinner so heck, loosen those pants and just do it!!

The place that you MUST visit in Rome is the amazing Le Nostra Speacialiatria Sicilian Pizzaria on Via Emanuele Filiberto (It’s two shops down from the Best Western President Hotel) It is the best pizza ever guys! Trust me on this one! 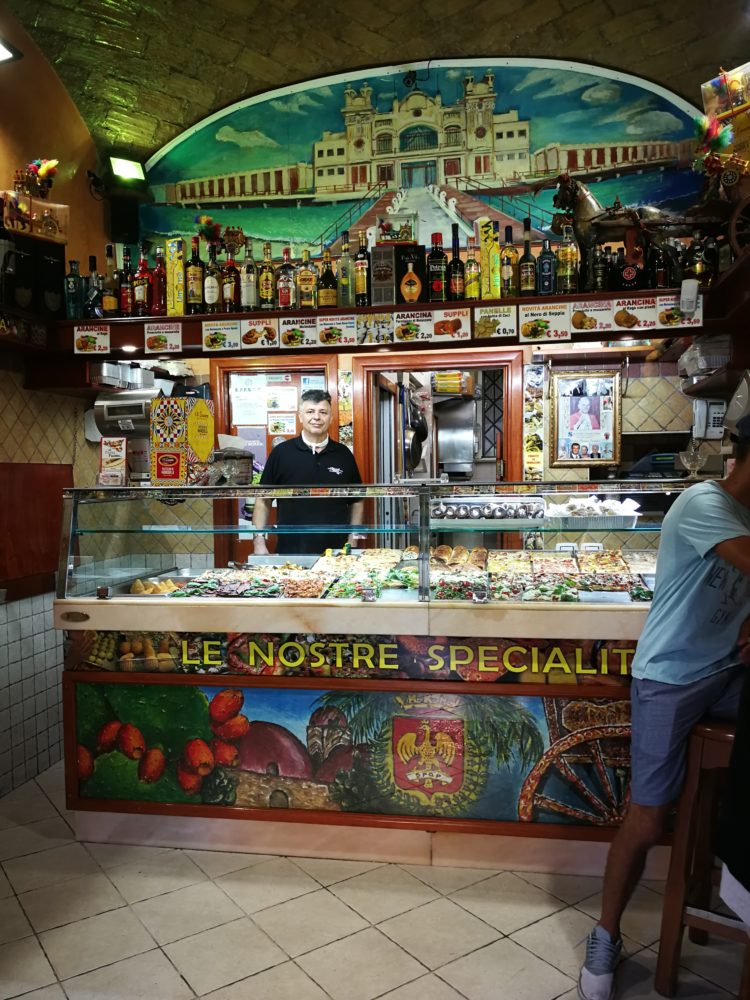 The chief himself, smiling for my picture! 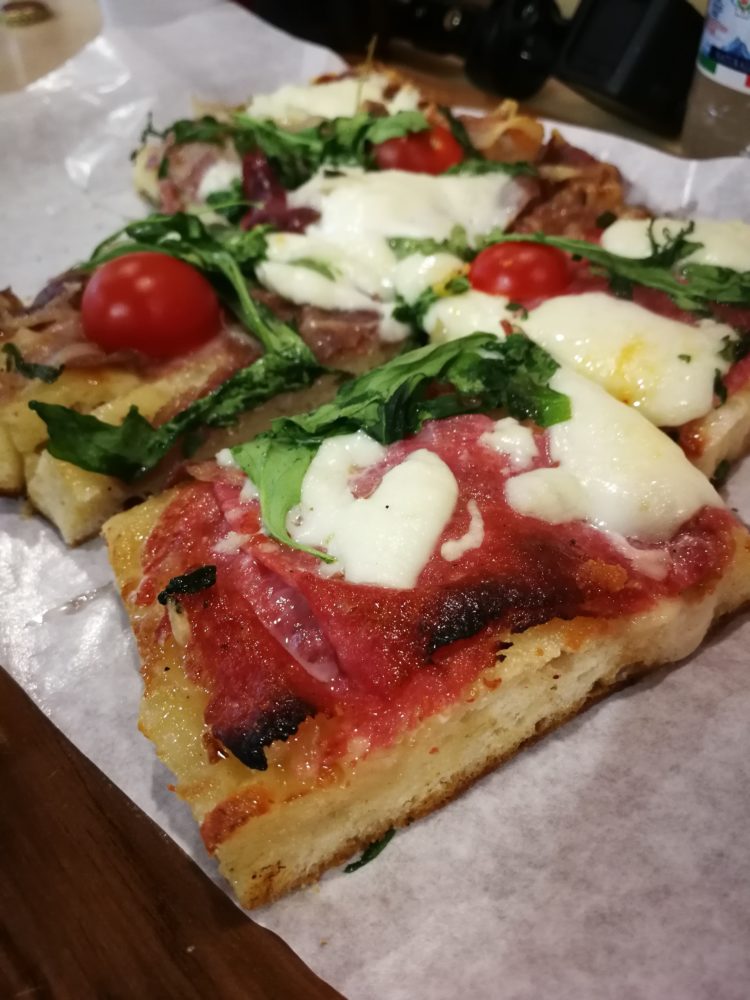 This is what made my pants not fit me anymore 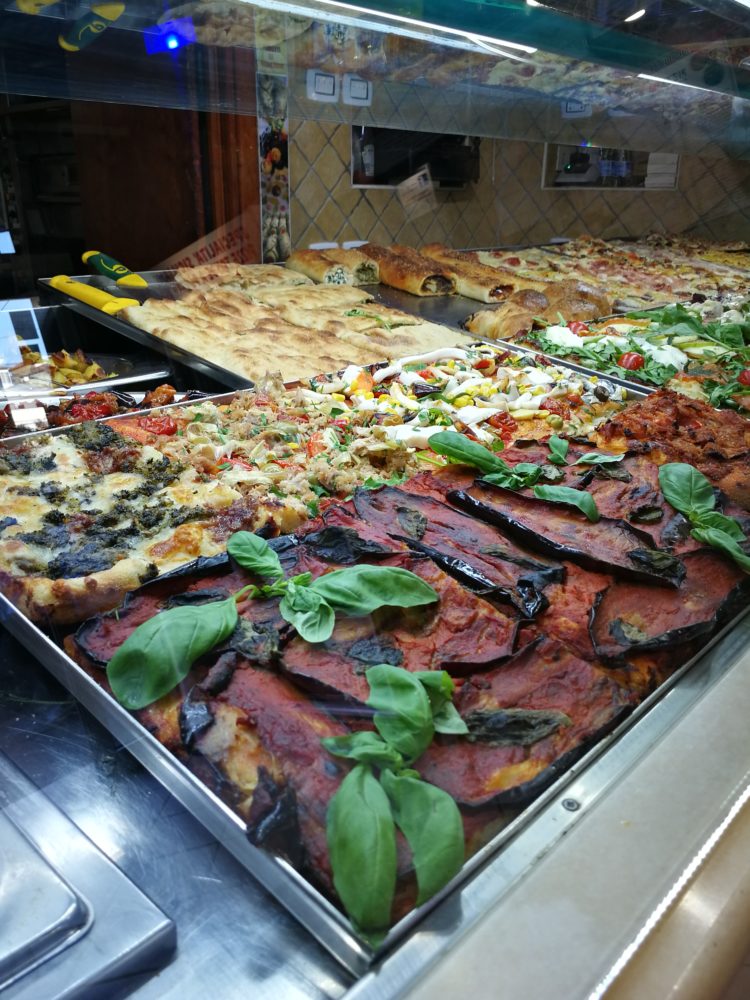 The most difficult desicion that I had to make.

What to Do in Rome
There is so much to do in Rome and the Vatican City, you could easily fill 4-5 days full of activities. Be sure to map out your must-do’s before you go so you don’t miss a thing!

Visit the Vatican: The Vatican is closely tied with Rome’s heritage, and there is a wealth of art and history to explore in it’s Vatican Museums. We didnt get to go into the Vatican as there was a massive line of people, some had been waiting for 4 hours and they were at the back. Be sure to go early to beat the crowds and perhaps purchase a tour ticket to get quicker access. There is tour guides selling outside the Vatican, so no need to book online.

Spanish Steps: The Spanish Steps, a lively staircase of 135 steps, were made famous by Audrey Hepburn’s 1953 film Roman Holiday. They are a great place to people watch and start your window shopping. You will find the likes of Chanel, Louis Vutton, Burberry etc to feast your eyes on!

The Trevi Fountain: The crowds of people are ridiculous! I dont know how people got it right with thier picturesque instagram pictures of them on thier own by the fountain. Lord knows I tried but failed when a group of kids filled the spaces around me. It is pretty to see though, Oh and I definately got to toss my coin in! 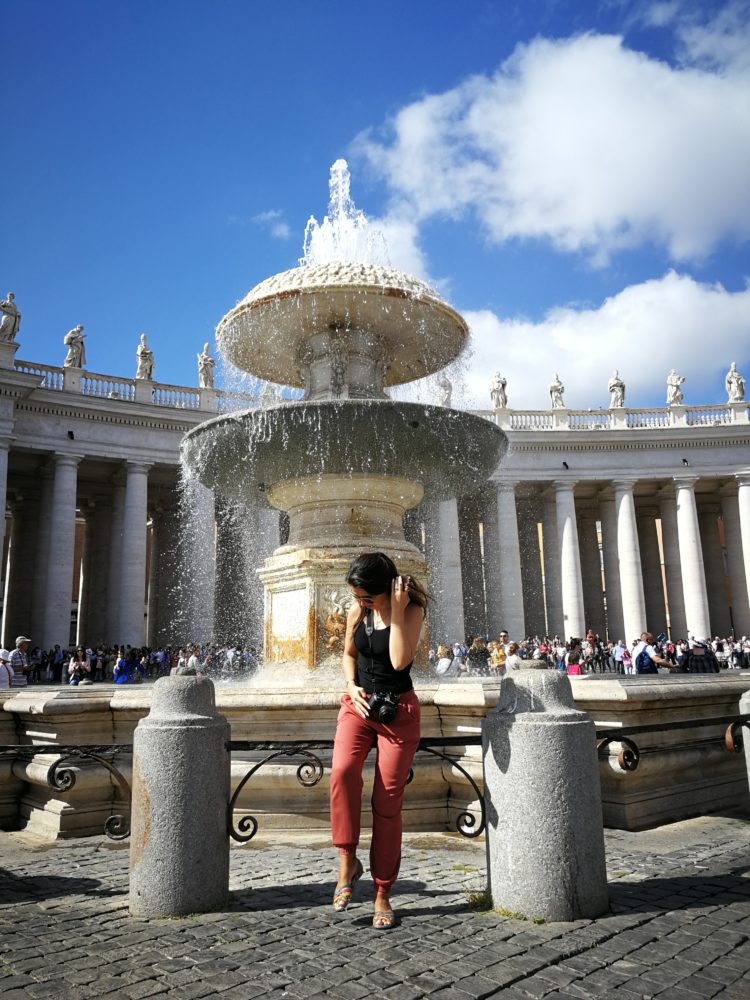 The beautiful fountains in the Vatican 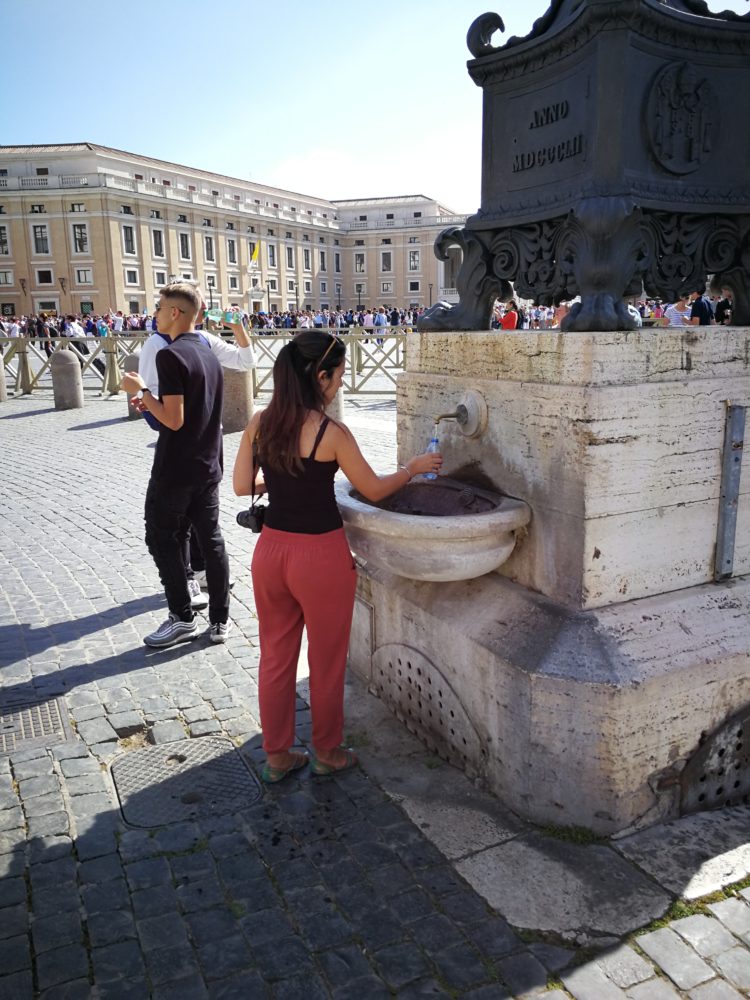 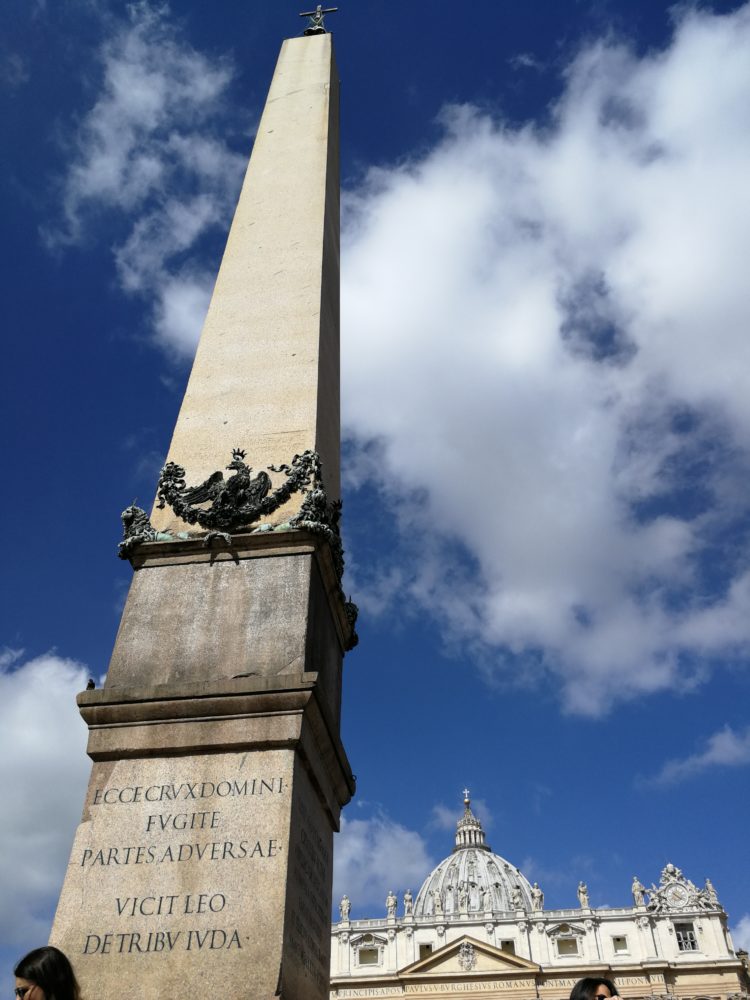 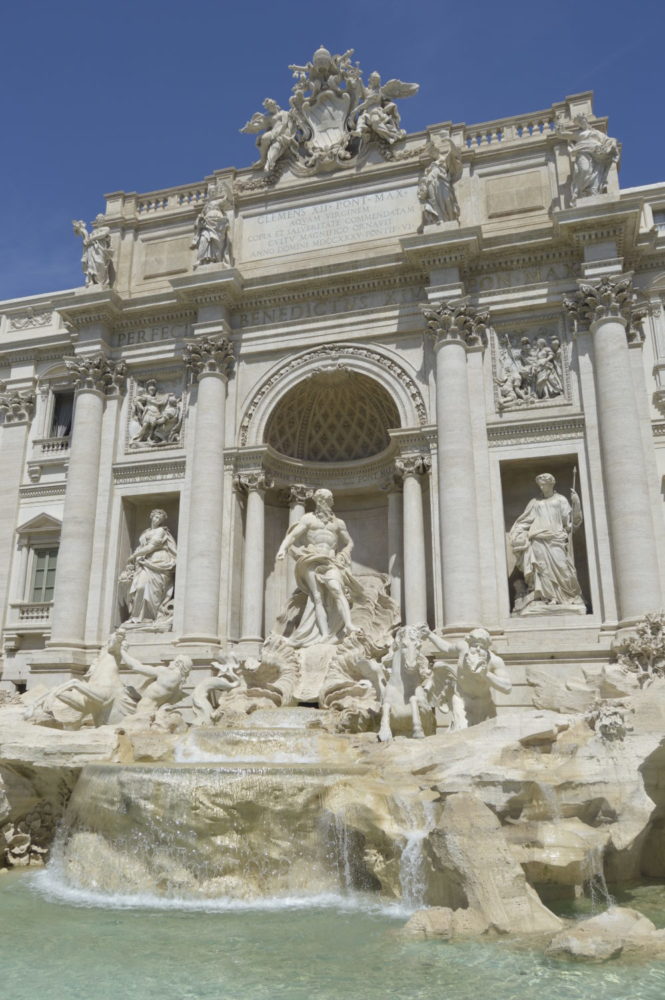 The Pantheon: If you have only a few hours in Rome, you should absolutely visit the Pantheon. It’s the only ancient Roman temple that survives virtually intact. It’s incredible to see!

Roman Forum and Colosseum: Second on your list should definitely be the Forum, which houses Trajan’s market, the relatively intact ancient Via Biberatica, and of course, the iconic Colosseum. PS- there is plenty of gypsies and craft vendours hanging around, be careful of your belongings and keep and eye out. 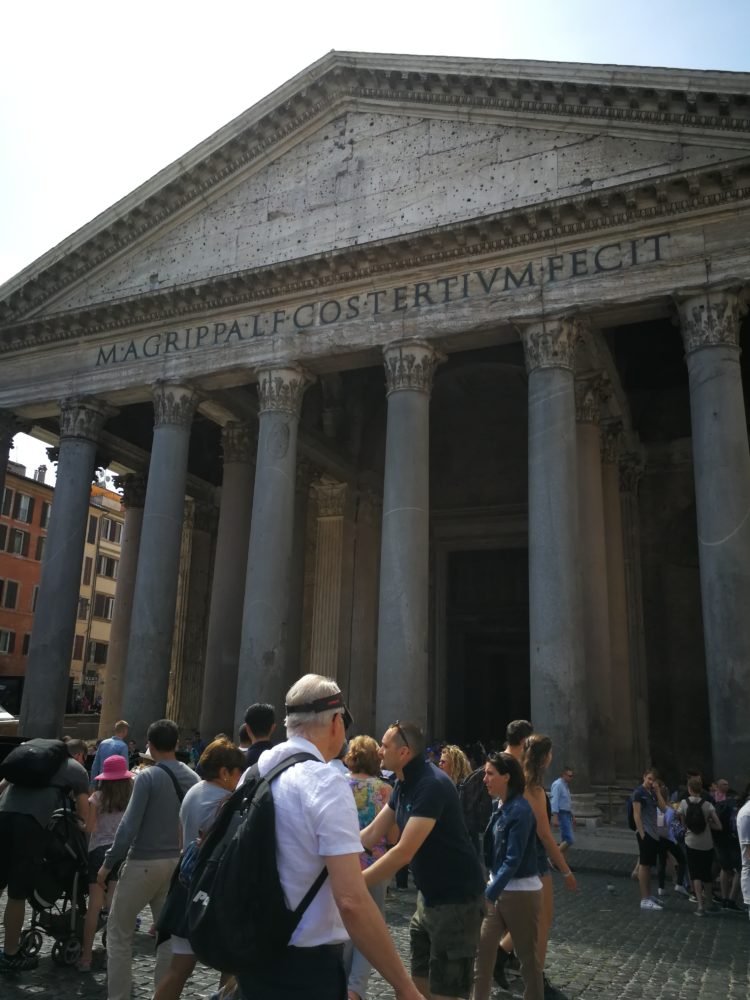 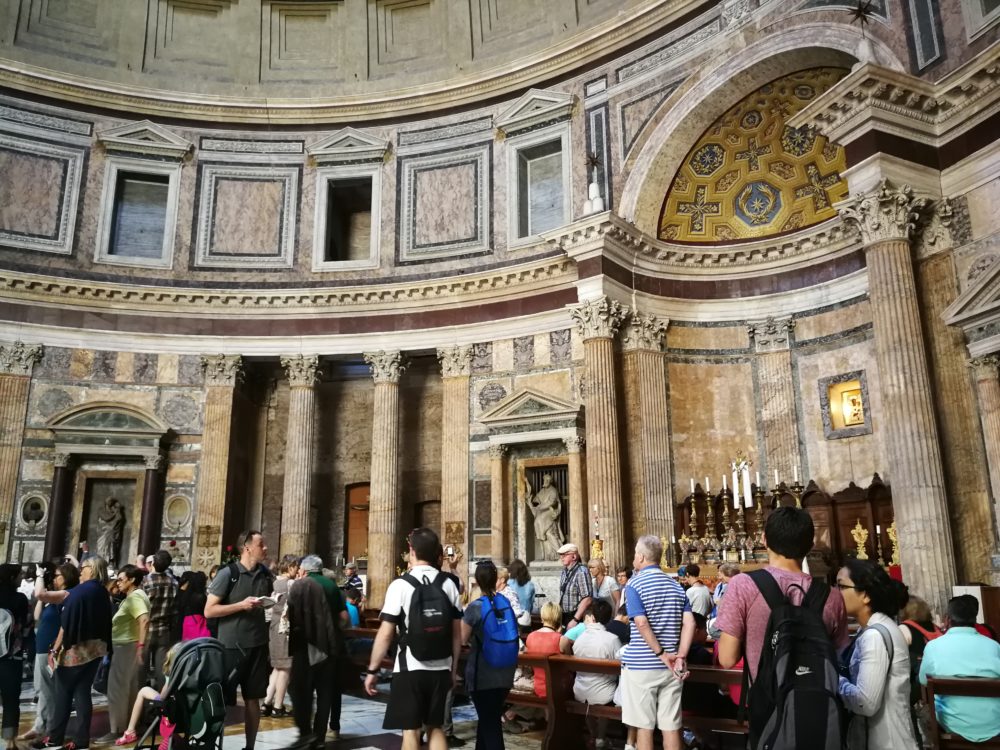 Inside the Pantheon- There is a single hole in the ceiling that illuminates the entire building! 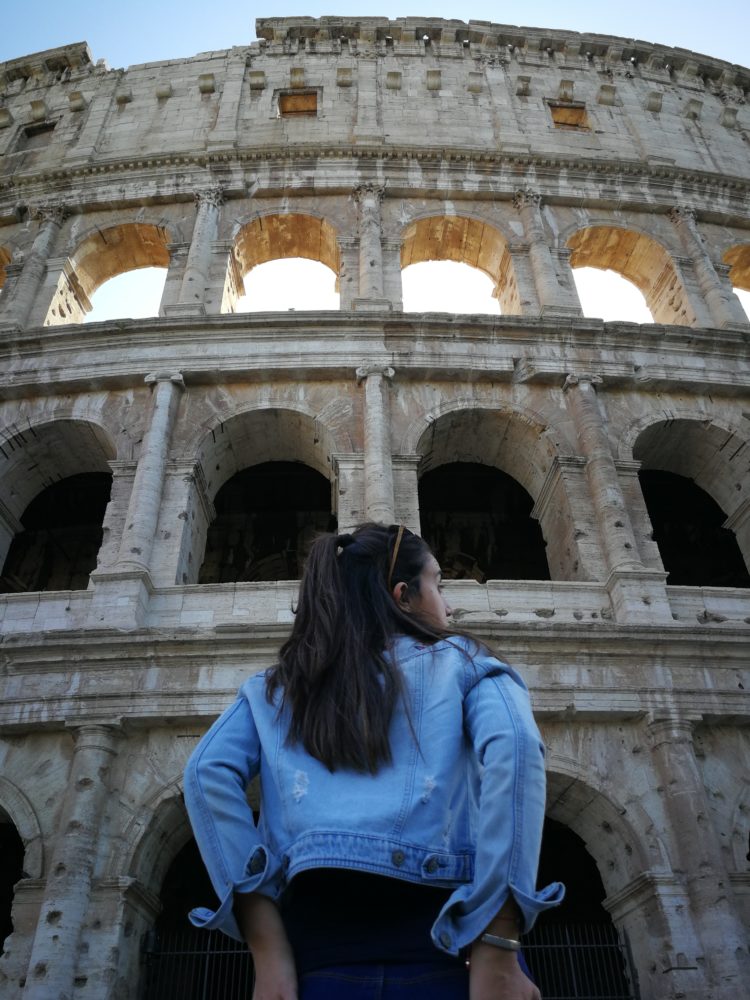 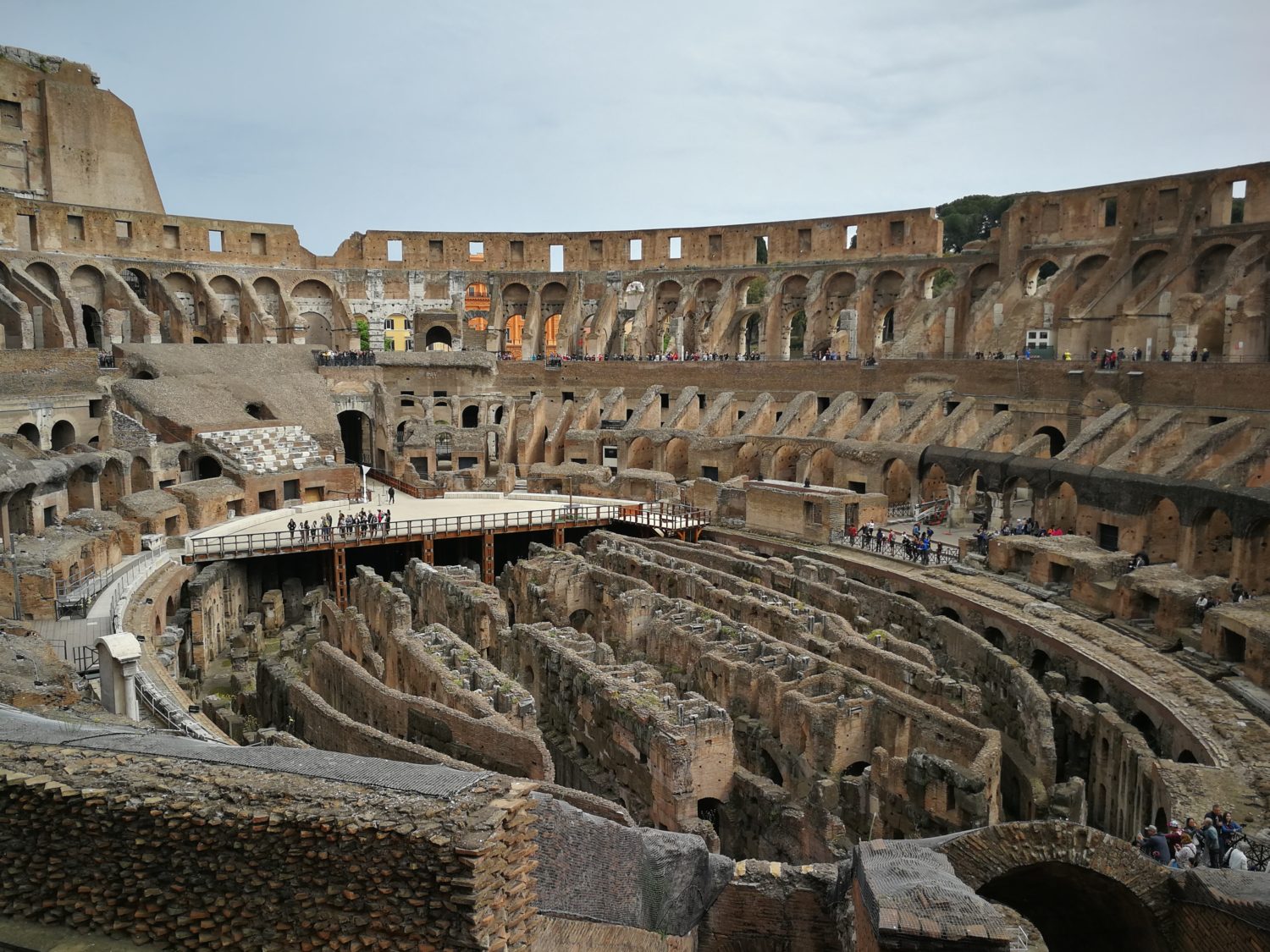 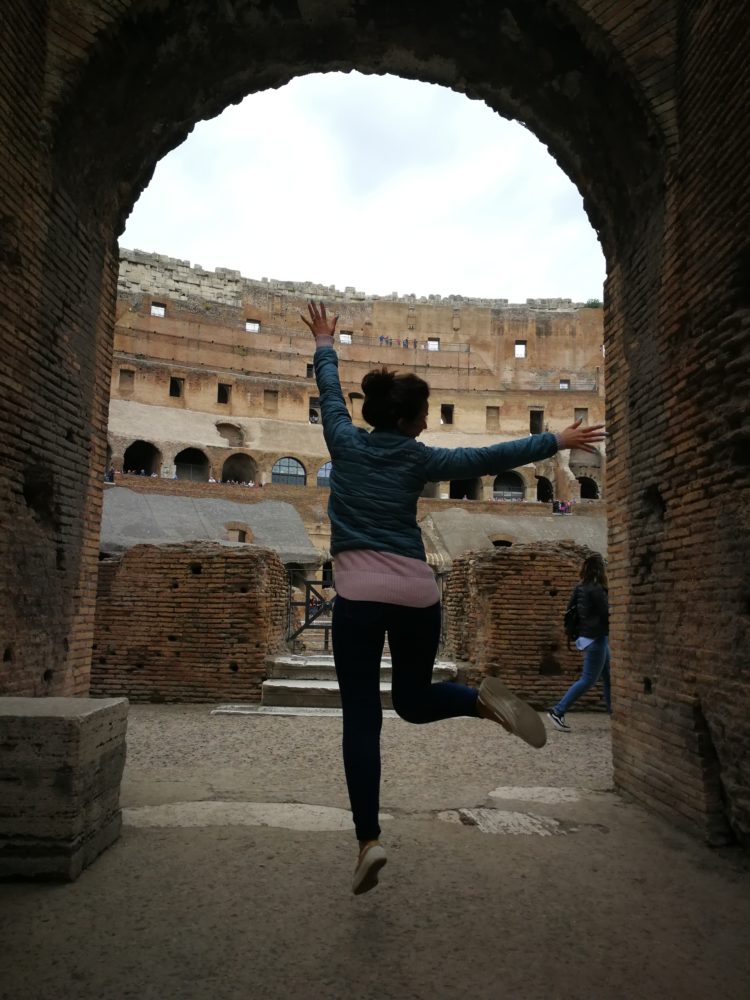 Apart from what I had said in the beginning, Rome is one of the most iconic and most traveled cities in Europe, with a long history to match. With a mixture of cultures from around the world, Rome has it all. Wander the cobblestone street with gelato in hand, spend some time people watching from the Spanish Steps and take in all of the stunning architecture the city has to offer.

About the author: Nicole Coutinho 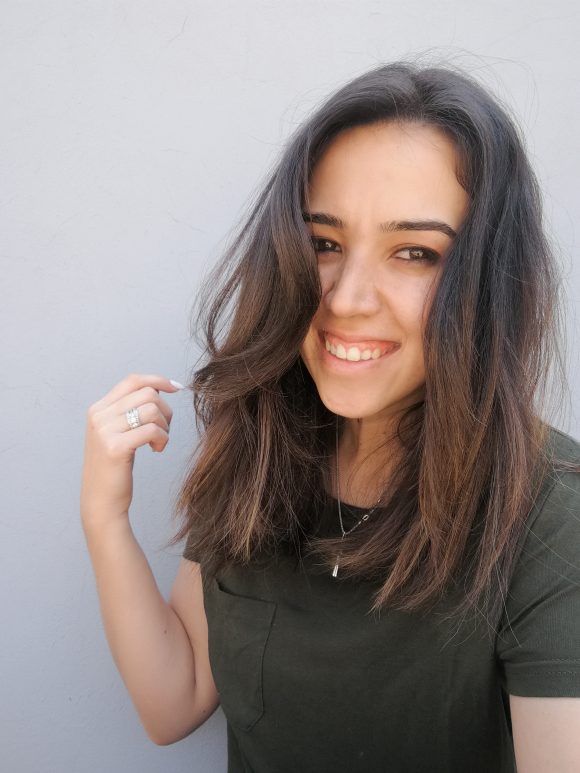 Welcome to the TLG Blog!

A little space that I get to share my love of all things Lifestyle, Beauty, DIY, Travel and all things in between!